When M and I had first met, I kept thinking to myself “what if these are all my last ‘firsts’?” Last first date, last first kiss, last first time meeting someones parents. Something about him made me truly believe I had found ‘the one’. I will never forget our first date. He had told me “i’m looking to settle down”. That took me by surprise. Even if guys think that, they usually don’t express their thoughts about it.

4 months after dating, we took a trip to Mexico. I knew from the beginning that Mexico was a special place for M. He has so many memories there and I knew he was beyond excited to take me there. We were only going for a weekend, but I knew it was going to be a fun one. I had never been out of the country before and I was excited to experience this with him.

People always ask if I knew he was going to propose. And the story goes a little something like this….
M had somewhat dropped hints that he was going to ask but by the time we got there, I was completely surprised. I kept trying to force it out of him and he did give me this “bring sneakers, we might be going hiking on saturday.” I figured if anything was going to happen, it was going to be saturday afternoon if we took a hike.
Saturday morning we all headed out to the beach. We laid out, played in the ocean, and ate delicious burritos from the burrito lady on the beach! Once we decided we were going to head back to the house, I asked what the plan was for the rest of the day. You know, because we were going on an awesome hike or something, right?! I was wrong. So wrong. His response? “Probably just head back to the house, shower up, go grab dinner, and go to the Roger Clyne concert.” Uh, thats it?! It was completely out of my head at this point that anything was going to happen. I figured if anything was going to happen, the girls I was with would have made sure I looked more decent then I did, but they didn’t. We had walked out of the house to head to dinner, only to realize we had locked the keys in the house. Yes, in mexico, keys locked inside. After about thirty mins of the boys trying to get them out, they finally reached them and we were on our way.
We arrive at the place we wanted to have dinner and much to our disappointment, they were closed due to a wedding they were having. So lets back track…keys locked in house? Check. Place we wanted to have dinner closed? Check. Little did I know, this was the restaurant M wanted to propose at. You can see the night was clearly going in his favor!
We ended up going to a beautiful restaurant that was over the ocean. The sun was setting, we were with great friends, and i’m pretty sure 4-5 out of 9 of us had chicken fingers for dinner. When we finished we ended up walking up through the little fish market area to these statues. It was a cool place that overlooked the ocean and as I stated earlier, the sun was setting. Makes for a pretty romantic setting, eh?!
Next thing I hear “oh there is one more thing I wanted to do….”

I honestly don’t even remember what he was saying when he was down on one knee. And for the record, I wasn’t running away. I honestly felt like I was going to pass out and I needed to move my legs or else that would have happened. HAHA!
The rest of the night was spent with some of our close friends and I loved every single second of it! I couldn’t have imagined it any better way. I went to Mexico with a boyfriend and left with a fiancé!! The fact that I get to marry my very best friend is the absolute greatest feeling in the world. I’m excited for this adventure and to see where our life is headed. 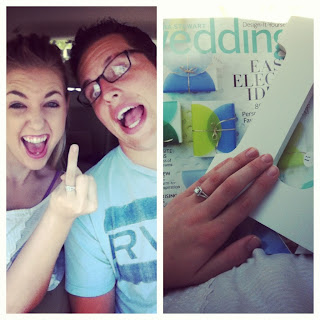 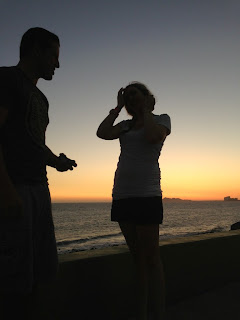 Stay tuned for more posts about our wedding planning process and making our life wonderful!

You can’t meet your husband in a bar!
Oh ya, I have a wedding to plan!

3 thoughts on “Our Engagement Story” 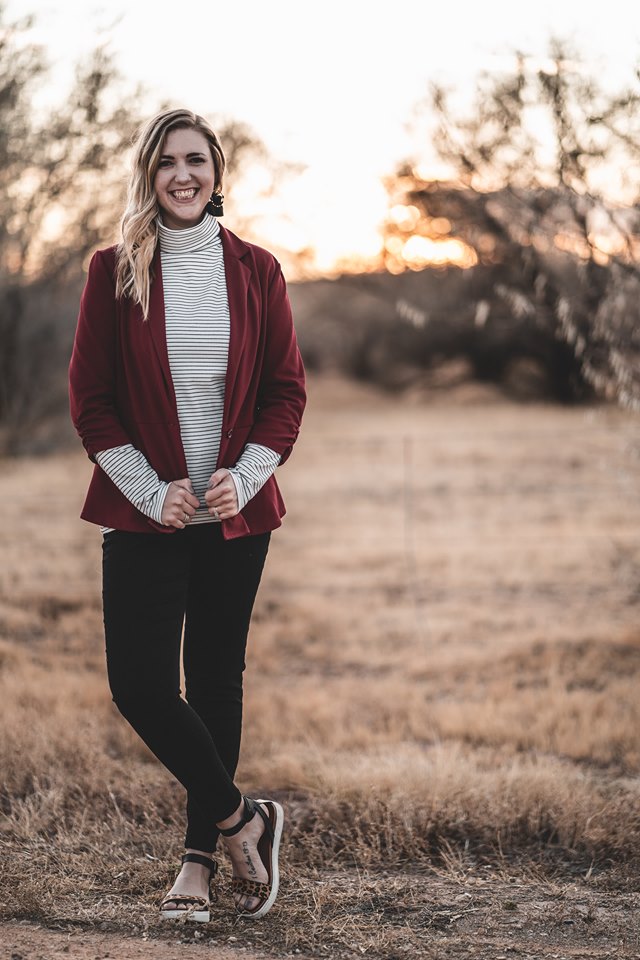 Hi there! I’m Kaylin and I live and love in the great state of Arizona! I am a wife, a mom, a best friend, a lover of food, good drinks, adventure, and sharing way too much of my life with the internet! Thanks for stopping by. Let’s be friends!

The other day I had been washing all the sheets an

Have you had an overwhelmimg amount of anxiety lat

Heartbroken to be leaving this 39 degree place thi

We are wrapping up a week (two weeks for baby girl

She's the best human. 🖤 So so so blessed to be

Happy birthday to our favorite guy! He is our rock

I'm getting another sister!!!! My little brother g

This girl conquered a 6 1/2 mile hike yesterday up

Morning coffee...but with a view. 🖤

Love this country, the freedom I am blessed with,

In our happy place for the next week. Goodbye real

Do what you love + love what you do

It has been SO dang fun seeing my photographs on w

Its JULY! 🥳 We have a BUSY month! Birthdays, t

Sharing one more from this shoot because I just lo

"Sometimes all it takes is a little hand reaching

Happy happy HAPPY first birthday to one of our fav

When you're getting ready for an event at your mom

Why choose me as your photographer?! Good question

Here's your Wednesday reminder that no matter how